Internet speed and dependability aren’t always the same thing. Speed can fluctuate due to network activity. When using real-time internet services such as Voice Over Internet Protocol (VOIP) or online gaming, poor dependability is really going to show. That’s when you go to other metrics such as ping, jitter, and packet loss. 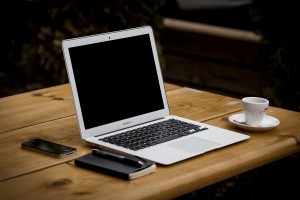 Speed is What It’s All About… Or Is It?

Like many people, I used to think that download speed was the go-to metric to judge the quality of my ISP (Internet Service Provider). To my and maybe your surprise, it turns out that speed is not the only important metric.

Have you ever heard of Ping?

Even if you did, a refresher never hurts.  According to Ookla, it is the reaction time of your connection. In other words, it is the time between when your router sends a request and when you get a response. A Ping is a test where packets (segments of data) are sent to a server. You can do this from your command prompt. Go ahead, it won’t break your computer (as long as you follow my instructions to a T).

Hit the Windows Key + R, type cmd.exe and hit enter. Type in “ping google.com” without the quotes and hit enter. The result of the ping will display as soon as it’s done. This may take longer if you’re experiencing packet loss.

Results of Your Ping Test

On my computer, this sends 32 bytes of data to whatever IP address comes up for Google in the DNS (Domain Naming System).

Then notice the round trip time in milliseconds, and if there was any packet loss. Note that there are one thousand milliseconds in one second. 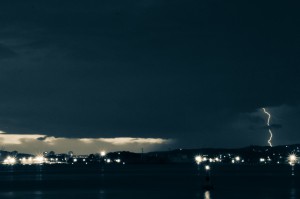 That ping moves quickly, doesn’t it. It’s literally faster than lightning. Lightning takes about 150 to 200 milliseconds to complete its electricity discharge. With a good Internet connection, and assuming a normally functioning computer and server connection, a ping usually takes about 40 milliseconds.

Jitter is Another Term For Consistency

Higher jitter values represent more variance between the successive pings. You want to have as little Jitter as possible. Sometimes it doesn’t matter how bad your jitter is. For example, when you’re downloading a PDF, or reading a static text document online. Other uses require greater data transmission fidelity.

Ultimately, it depends on how you’re using your connection. If you are doing VOIP (Voice over IP), screen sharing, HD video streaming,  or online gaming, Jitter can cause a severe drop in the quality of the signal.

VOIP and other real-time internet activities demand almost no jitter. The key difference is the real-time element of access. A lost packet can’t be re-sent when it’s needed this instant. It is vital that you get the right data at the right time to have the intended quality experience. You don’t want your prospective clients to have difficulty understanding your sales conversation. There are enough sales obstacles as it is.

Additionally, when sharing something via screen share, you don’t want your demonstration to freeze or lag. I don’t even wish to touch on the tragedy of potentially letting your team down on Call of Duty just because you opted for the lowest tier of Internet service.

Of course, some situations are more significant than others. Just don’t forget that if you are experiencing internet quality issues, your internet speed may not be the only culprit. 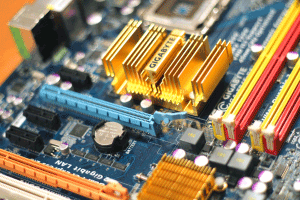 If your computer is slow, the CPU may be overtaxed and causing lost packets. Your computer’s CPU may simply have too much to do, which will reduce its ability to quickly send and receive packets over a network.  Actions to take:

If they don’t offer a satisfactory explanation, consider finding a different ISP or simply tell them you want to cancel your account, which usually gets them singing a different tune. Additionally, if it’s time to pick a new ISP, check out Netflix’s ISP rank to pick the ISP with the best balance of affordability and speed of service.

Update – September 15th, 2015 – Starting on the first of September 2015, Chrome no longer supports NPAPI Plugins. The reason Google made this change is because HTML5 is more secure.

However, you can enable them by typing chrome://plugins into your URL bar and manually re-enabling Adobe Flash Player. Under “Type:PPAPI” click enable. The reason you might want to do this is because Ookla’s ping test requires Java for packet loss testing.

SpeedOf.Me is an internet speed test that doesn’t require Flash or Java. Surprisingly, since we use Comcast Business, our bandwidth at the office is twice as slow as my residential and twice as expensive.

I can’t wait for Google Fiber to make it to Chicago. Unfortunately, Chicago isn’t even in the plans yet. Check out Google’s Fiber expansion plans to see if you live in one of the lucky cities. Here’s the result for our connection here at the office. 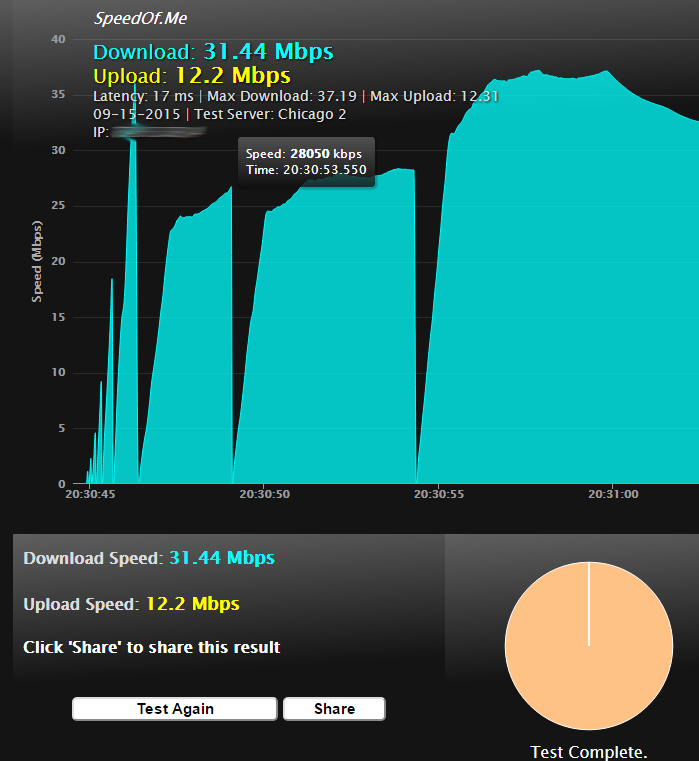 To access an HTML5 Ping test go to Bandwidth Place. This site has a speed test, and a Ping test is part of it. Go to the website and hit the big orange Start button.

By default, it picks the closest server to you. Click the menu icon in the Selected Server box and pick one that is farther away. When I chose to ping Montreal, Canada, I found out that a round trip packet takes 26 milliseconds.

Compare this to a Ping to Sydney, Australia, which took a data packet 314 milliseconds. Considering that Sydney is 9,238 miles from Chicago, a ping test of less than a third of a second is mind-blowingly fast.

Another site to check your speed is called Test My Net. They also use HTML5 but with PHP. The useful aspect of this site, is that it shows you results with comparisons to others in your area with your ISP. I found out that my speed is 56% faster than my city average and 115% faster than the US average.

Additionally, this site provides you with your speed variance, which means that my speed fluctuated by 10% and the middle variance is also a more reliable gauge of sustained internet speed.

The speed of your Internet experience doesn’t just depend on how much you pay your ISP and how good their service is. It also greatly depends on the physical location of the servers that host the site you are visiting and how quickly those servers respond. A multithread speed test sends packets to different servers located in diverse regions to get an estimate of your overall online experience.

Your Community Can Surface ISP Troubles

Another benefit with community stats is that you can find out if your internet problems result from inter-network issues or if the ISP is experiencing problems in your area.

Maybe you asked, “how can I have inter-network issues?”. Well maybe someone damaged the ethernet cable, changed the splitter on the network, or changed the router connection. No matter what it is, by checking this site, you can potentially avoid a call to customer support.

Otherwise you’ll need a cable that runs from the modem to the router. It turns out it very much matters what kind of cable you use for that. Additionally, if you have a cable running to your desktop, that cable type is important.

The check out this explanation of speed of different Ethernet cables.

The coaxial cable version matters as well because their performance can be affected by:

The main point here is that you can upgrade to 1 gigabit per second internet with your ISP but if your building is using bad coaxial cables or if the Ethernet version doesn’t support that speed, you won’t get what you’re paying for.

The Electrical Engineering of the Internet

In order for you to play a game, view content, or update a cell in an online spreadsheet, those ones and zeros have to arrive to their destination and form the complete set of data needed.

That data has a long path before it gets to you, and that can be affected by a myriad of factors.

Things Can Go Wrong Along the Way

For example, the length of the coaxial cable can affect signal quality, this reduction of signal per some distance is called the impedance amount.

Without getting too deep into electrical engineering, you can think of it as the water pressure (voltage) in a lawn hose goes down as the hose length gets longer.

Cable could be damaged, or be limited in speed by the version

A common problem is being in a good range from your WiFi router. A modern solution to this is the mesh network which is a way to create multiple WiFi nodes in your LAN, which comes with logic for how your devices change from using one node to another, as you move about your local area.